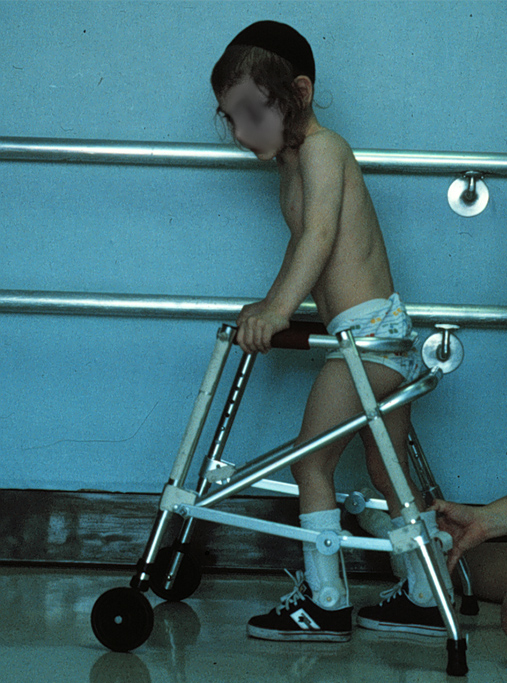 SDR involves partially cutting sensory nerve rootlets, just before they enters the dorsal horn in the spinal cord. It is mostly used to treat spasticity, a particular type of abnormally increased muscle tone. Most practitioners will use some form of intraoperative testing to “select” the portion of the sensory rootlets—those causing the spasticity—to be cut. It is usually employed in young children whose spasticity is a manifestation of CP, a composite term referring to diseases of childhood movement and posture characterized by static encephalopathy and a variable presentation of spasticity, ataxia, chorea, athetosis, and rigidity.

Improvement in a limb’s muscle tone after cutting its sensory nerves was first noted by two surgeons, Bennett and Abbe, in the 1880s, and the physiology of this phenomenon was closely studied by Sherrington in the 1890s (21, 22, 48). The knowledge gained in these observations was then used by Foerster in the 1900s and 1910s to treat over 150 individuals (23). Foerster’s observations confirmed the ability of sensory rhizotomy to manage spasticity, but he noted that patients did best when hypertonia was maintained in the quadriceps. He also raised concern about the functional benefit of surgically eliminating spasticity, so the technique was abandoned for treating spastic CP. Eventually, the neurosurgical group in Montpellier, France (including Gros and Sindou), began exploring various modifications of “Foerster’s technique” (sensory rhizotomy) in the 1970s, reawakening interest in the surgical treatment of spasticity. Subsequently, other researchers furthered our understanding of the technique. After initially studying sensory rhizotomy at Montpellier, Fasano returned to Torino and began to investigate the electrophysiology of sensory nerve root stimulation in spastic individuals and subsequently developed the functional posterior rhizotomy (33). After Peacock visited Fasano and observed the technique, he returned to Cape Town and modified it to improve its safety, terming his technique the selective posterior rhizotomy. It was this technique that caught the attention of pediatric neurosurgeons globally (25).

Despite advances in perinatal care, the incidence of CP remains elevated. Spasticity rarely comes alone, and children frequently exhibit a mixed pattern of CP. Spasticity is the disease manifestation that is most amenable to a surgical approach, and therefore surgery will be offered to children who have spasticity as a predominant mode of presentation. Although the disease entity is static, natural history studies have demonstrated that the growing child will have increasing difficulty managing what appears to be an increasing and disabling limitation in range of motion with growth until adulthood. Thus, the results of interventions must be able to withstand the test of time so as to remain beneficial for the patient in the long term. This is one area where SDR has excelled (26).