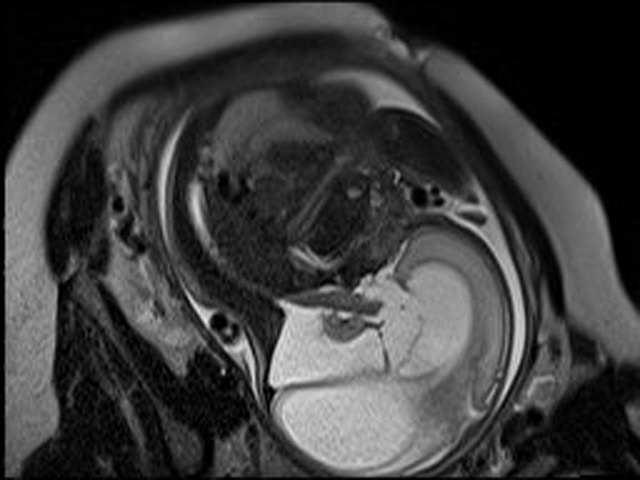 Prenatal T2-weighted MRI: Shown is a fetus in utero with enlarged ventricles.

On CT scan, the diagnosis of aqueductal stenosis can be only inferred. 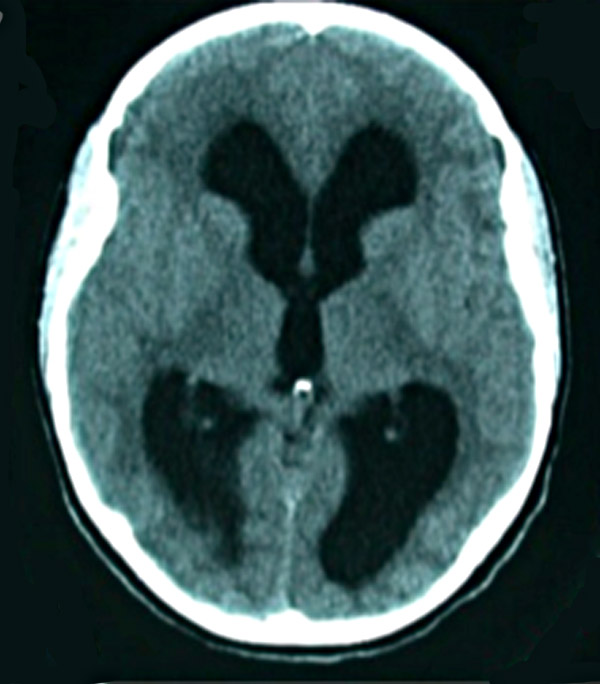 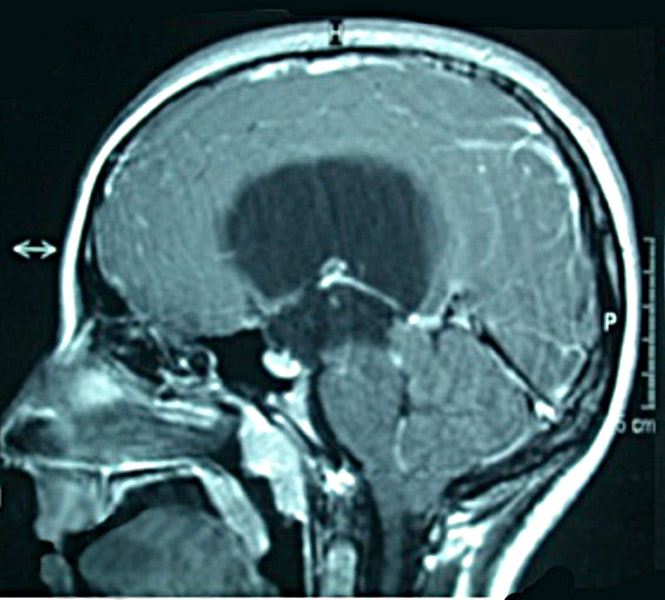 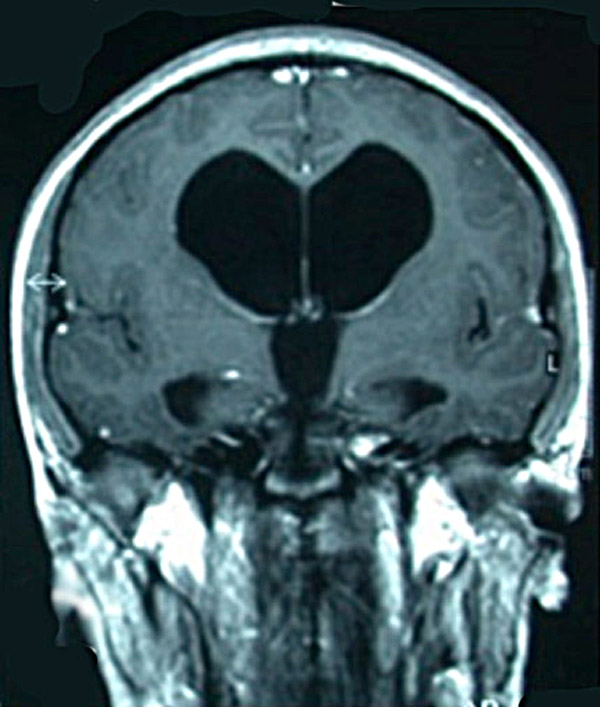 MRI is required for all cases of hydrocephalus to assess the status of the aqueduct and, in case of aqueductal stenosis, to confirm the primary or secondary nature of the obstruction. Moreover, with MRI it has been possible to visualize the entire length of the aqueduct, the downward bulging of the floor of the third ventricle, the anterior bulging of the third ventricle, and the other typical anatomical deformations described above (see below). In cases of long-standing hydrocephalus, ventricular diverticula, third ventricle bulging in the chiasmatic and interpeduncular cisterns, and cystic expansion of the suprapineal recess may be detected and correctly explained by both MRI and cine-MRI. 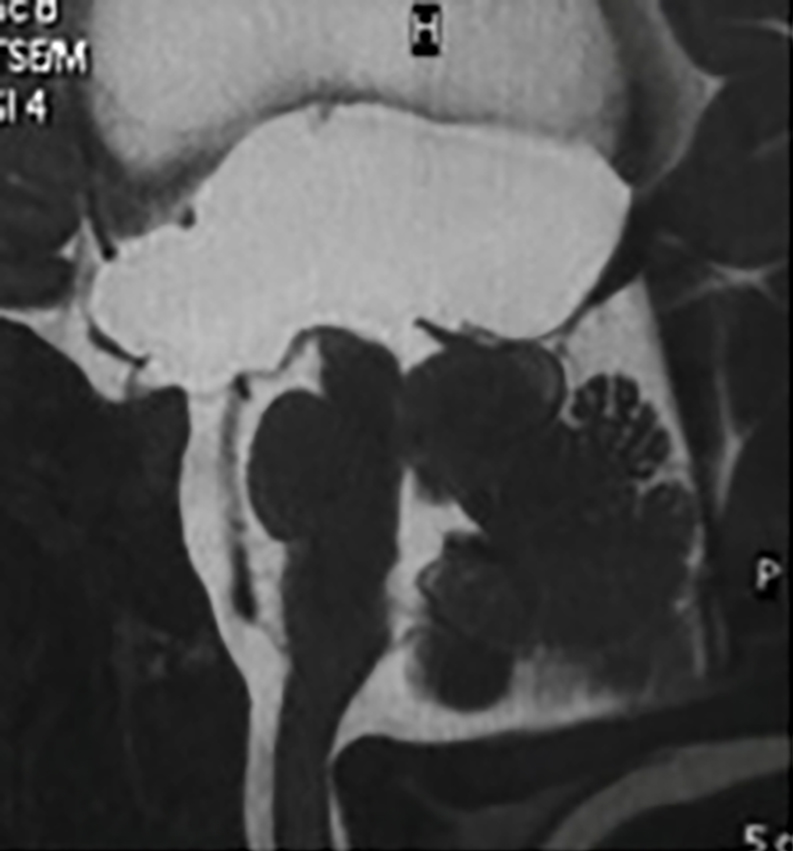 T2-weighted sagittal MRI of aqueductal stenosis: Typical appearance of the third ventricle with downward bulging of the floor into the interpeduncular cistern and expansion of the suprachiasmatic and suprapineal recess. 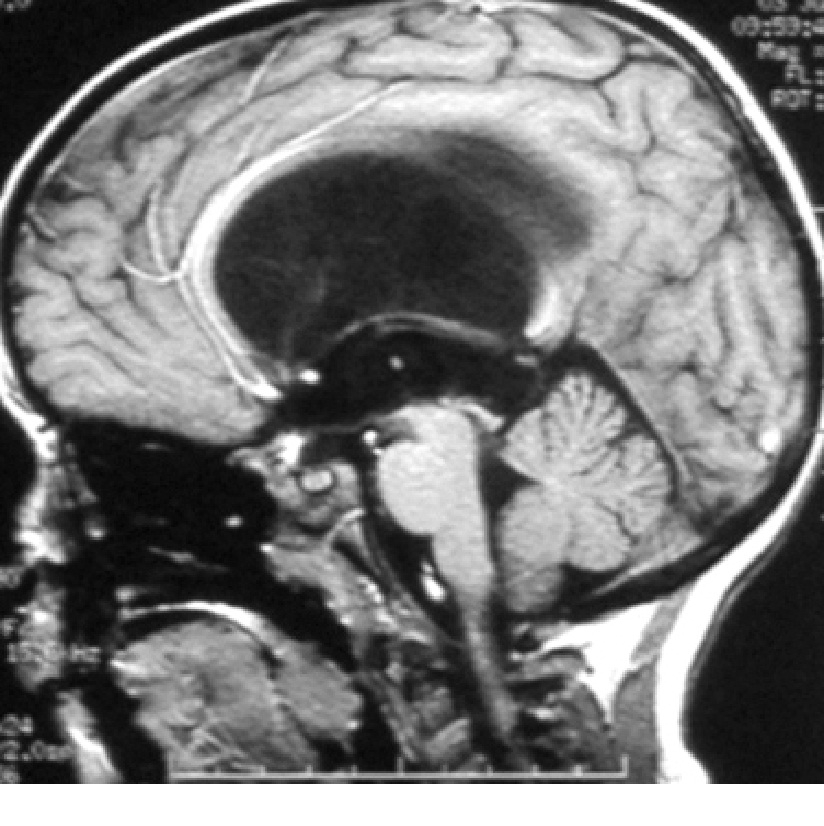 T1-weighted sagittal MRI of aqueductal stenosis: Obstruction is present in the proximal third of the aqueduct 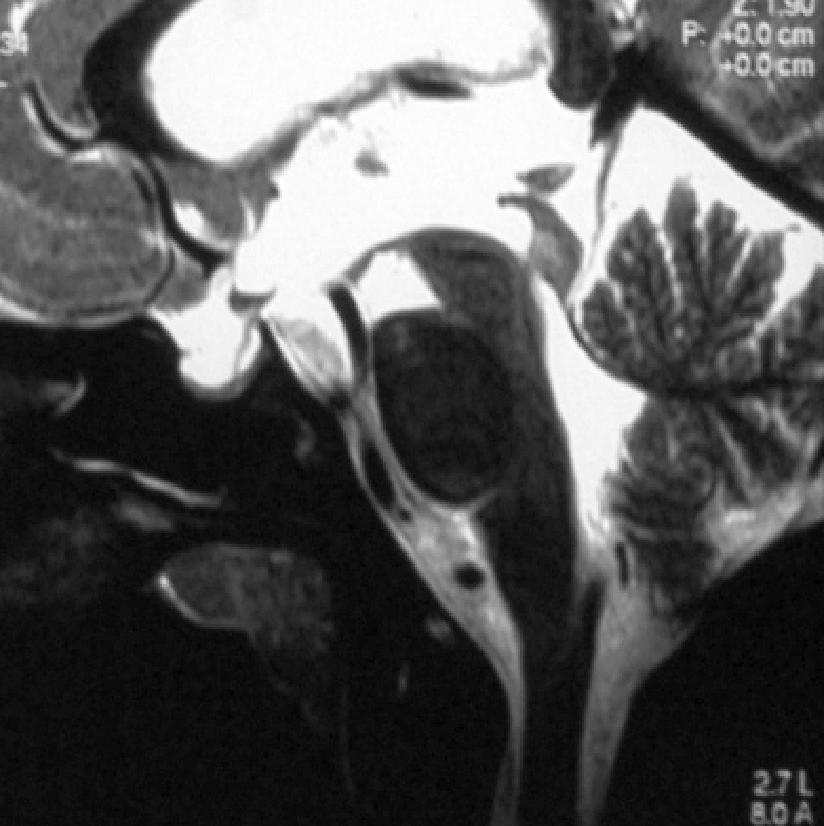 T2-weighted sagittal MRI of aqueductal stenosis: Obstruction is present in the middle third of the aqueduct 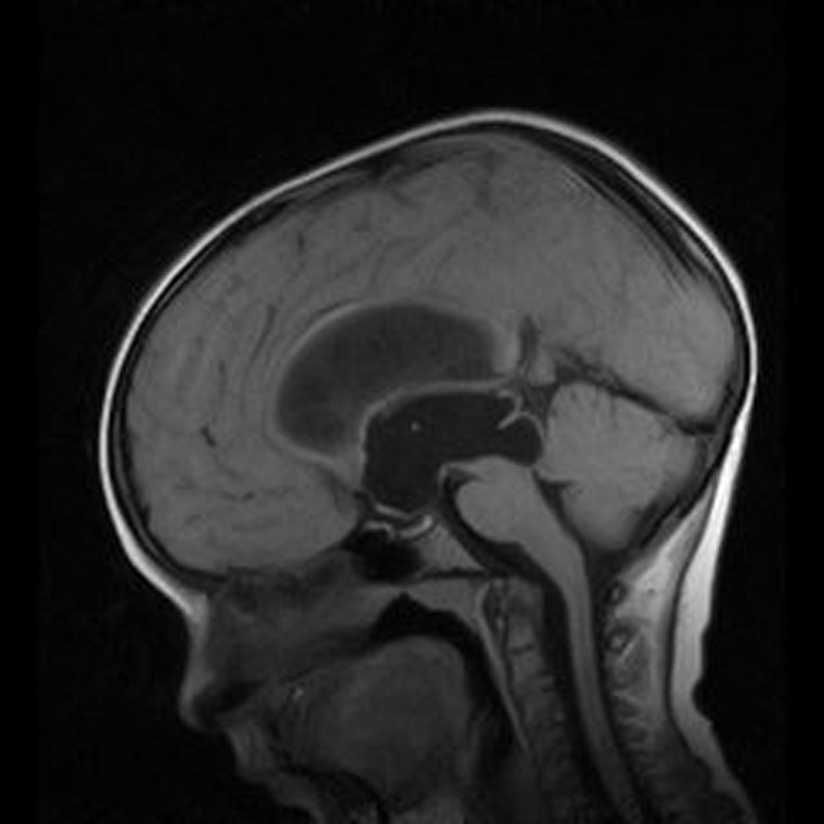 T1-weighted sagittal MRI of aqueductal stenosis obstruct distal third: Obstruction is present in the distal third of the aqueduct 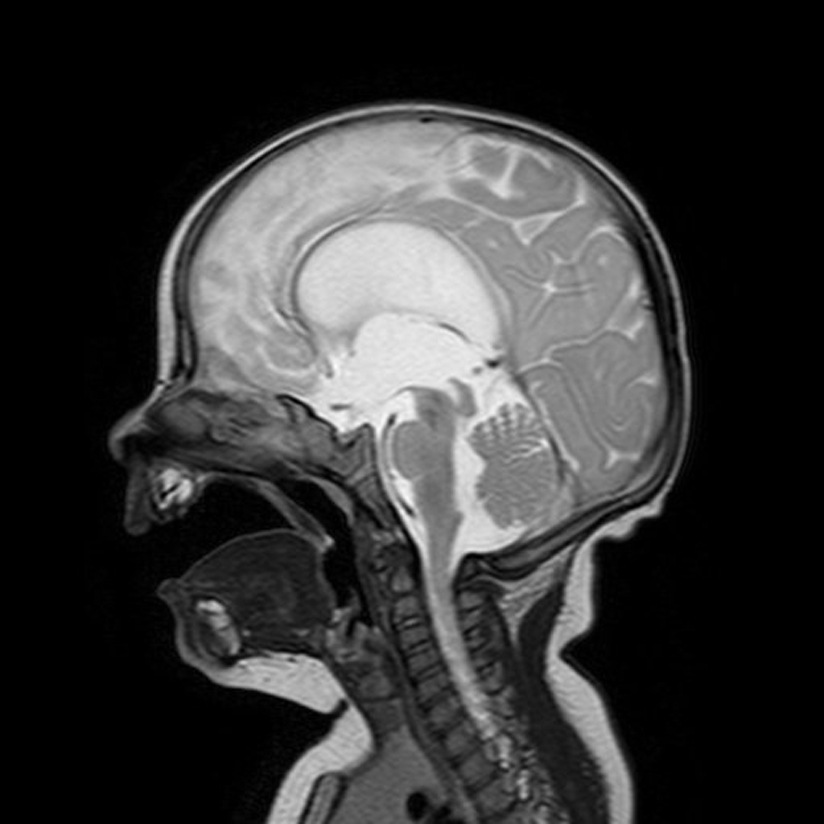 T2-weighted sagittal MRI of aqueductal stenosis: Obstruction is present in the distal third of the aqueduct 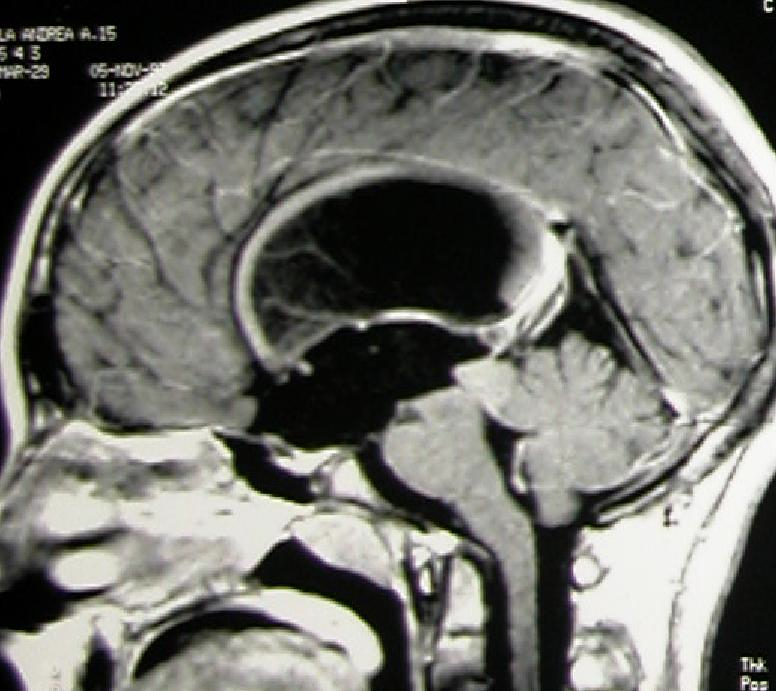 T1-weighted sagittal MRI of aqueductal stenosis: Obstruction is due to diffuse tectal thickening

T2-weighted sagittal MRI after ETV: Aqueductal stenosis after ETV with flow void through the floor (upper arrow) and through the Lilliequist membrane (lower arrow). 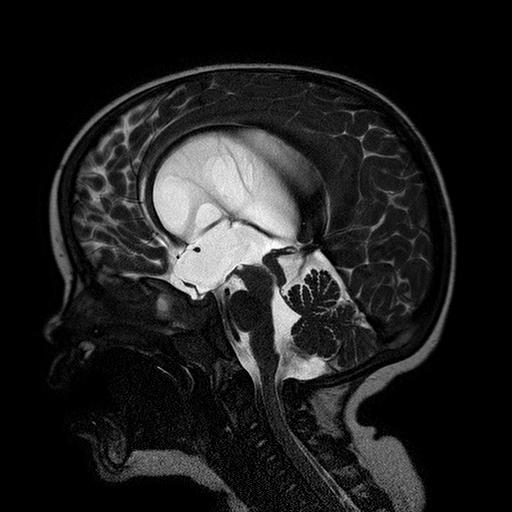