Cloudy CSF due to elevated WBC count and protein concentration in a patient with a gram-negative shunt infection:

Brain CT showing ependymal enhancement along with an intraventricular fluid level due to the sedimentation of leukocytes, protein and debris:

MRI may play a role during the workup of children with shunt infections and associated complications. 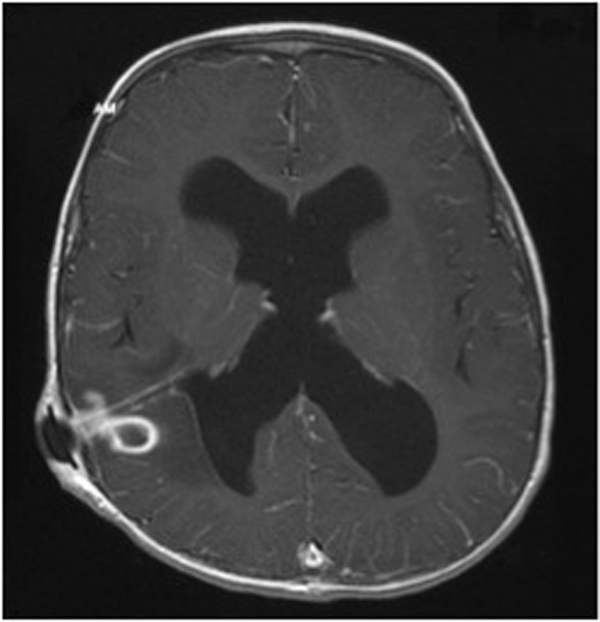 Gadolinium-enhanced axial T1-weighted MRI of an infected shunt: A brain abscess is present along the tract of a proximal catheter in a patient with a shunt infection (87).