There is no significant sex-related difference. 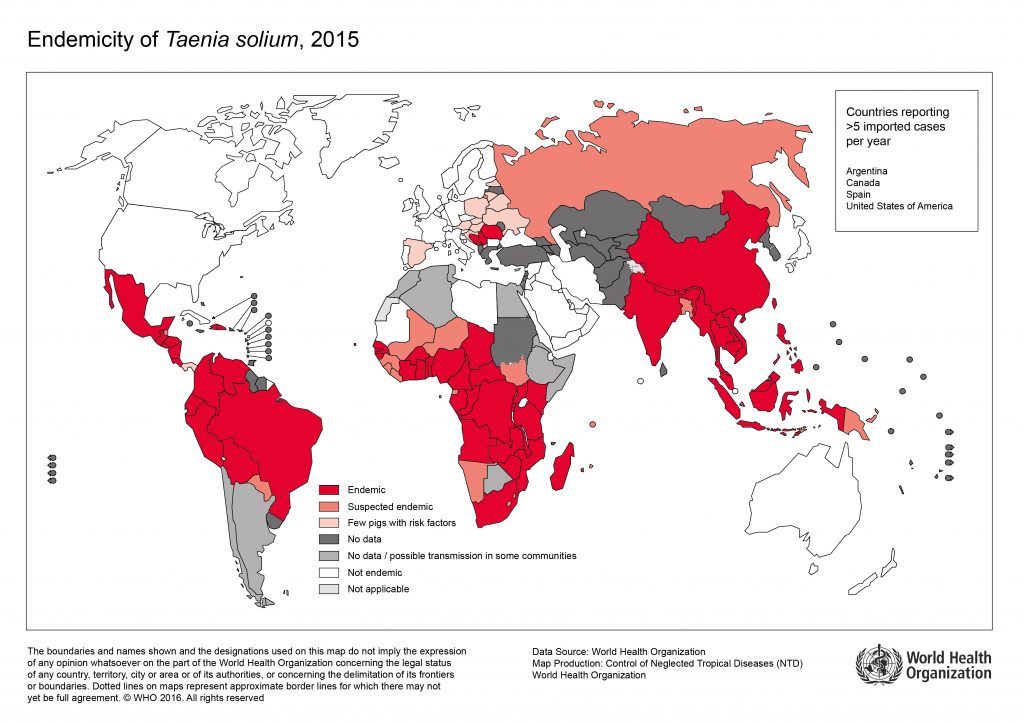 Geographic distribution of Taenia solium. This map shows endemic and suspected endemic areas according WHO 2015 (70)

Relationships to Other Disease States and Syndromes