Ventricular dilation in case of aqueductal stenosis cannot be considered simply the direct effect of accumulation of fluid upstream of the obstruction, but is a more complicated phenomenon.

The presence of a pressure gradient at the tentorium (73, 106) stresses the anatomical structure located at the level of the third ventricle and the tentorial hiatus, while longstanding CSF pulsations against the thinnest segments of the ventricular walls of massively enlarged ventricles may cause focal enlargement, dissection, or frank breaching. The following anatomical deformities result: 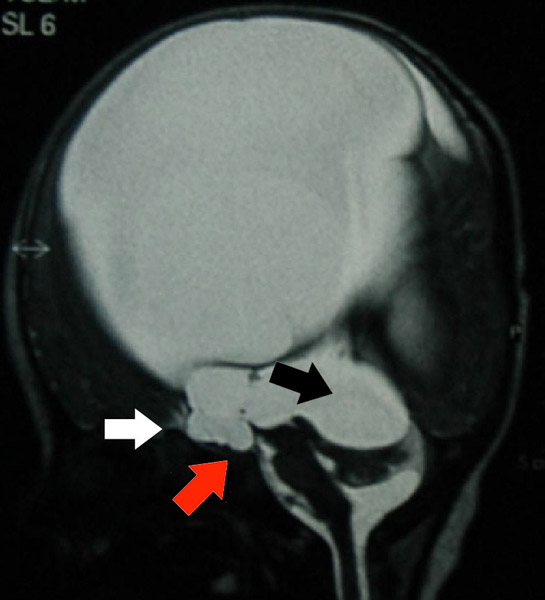 T2-weighted MRI of patient with aqueductal stenosis: Note the deformities of the third ventricle. The floor is bulging downward into the interpeduncular cistern (red arrow), the suprachiasmatic recess is moderately enlarged (white arrow), and there is expansion of the suprapineal recess (black arrow)

T1-weighted axial MRI: Shown is direction of growth of pulsion diverticulum through the medial wall of the left lateral ventricle

Endoscopic view of an atrial diverticulum: Seen is the osmium in the medial wall of the right lateral ventricle during exploration. 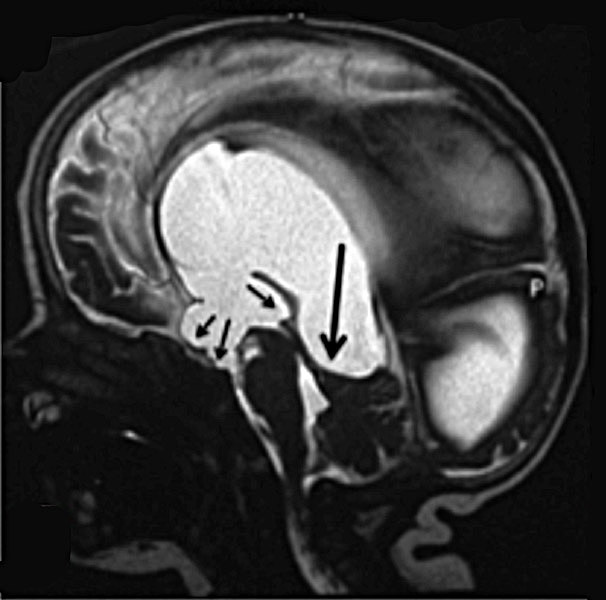 T2-weighted sagittal MRI: Shown is a sagittal image of the same image directly above. Anatomical continuity of the diverticulum with lateral ventricle is evident. Note aqueductal stenosis and typical deformation of the outline of the third ventricle (small arrow) 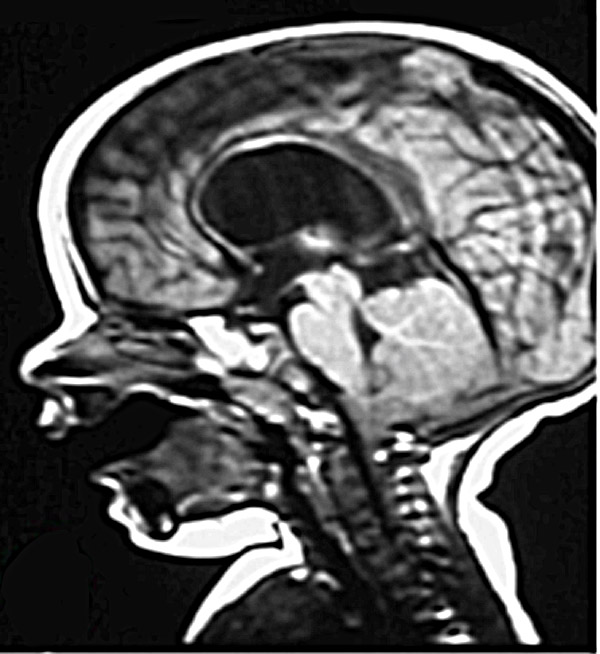 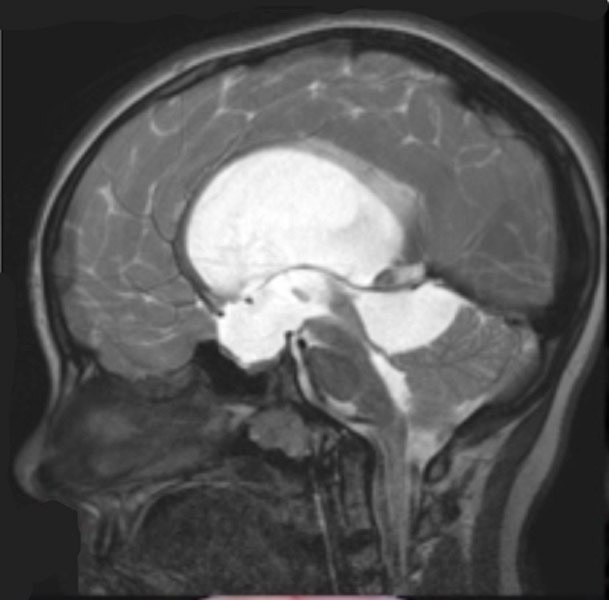 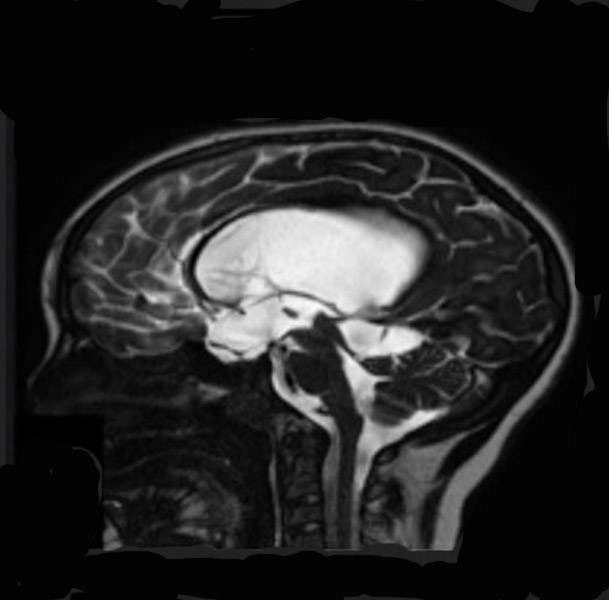 T2-weighted sagittal MRI: This is a post-operative scan done 3 days after ETV. It shows a decreased size in the diverticulum