These approaches enter the third ventricle through the lamina terminalis (20, 21). They are suitable for small tumors but do not allow sufficient vision of the upper and posterior compartments of the third ventricle. When this is needed, a combination of anterior transcallosal route with subfrontal or pterional approaches may be used,(24, 44, 45). 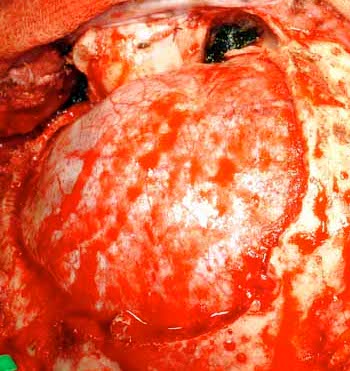 The two approaches described above can be combined with an anterior interhemispheric transcallosal approach when a larger exposure is required, such as when large tumors extend up to the foramen of Monro causing either unilateral or bilateral ventricular enlargement (24, 44, 45). The combined pterional/anterior transcallosal approach developed by Yasargil (44, 45) will be briefly described below.

Advantages of the Subfrontal Approach

Disadvantages of the Subfrontal Approach

Advantages of the Pterional Approach

Disadvantages of the Pterional Approach