A complete physical and neurological examination should be performed. Focal deficits may be found depending on location and size of the tumor.

Access to sophisticated neuro-imaging has led to earlier diagnosis of some of these tumors.  Symptoms suggesting intracranial hypertension typically result in a CT or MRI of the brain being performed.  Typically, because sedation is rarely required, the CT is the first radiologic test acquired, followed by MRI.  Both are helpful in evaluating the child and the tumor, the CT to evaluate calcifications and the calvarium, and the MRI for high-resolution images of the intracranial contents. 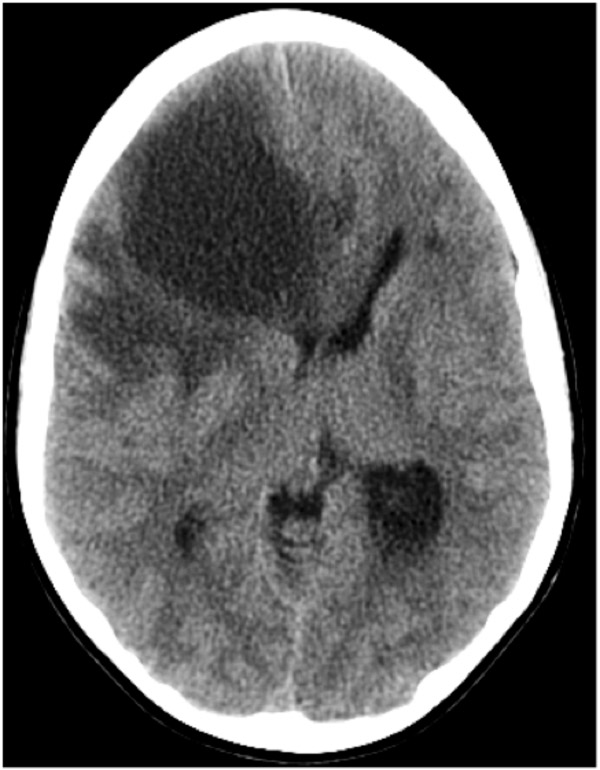 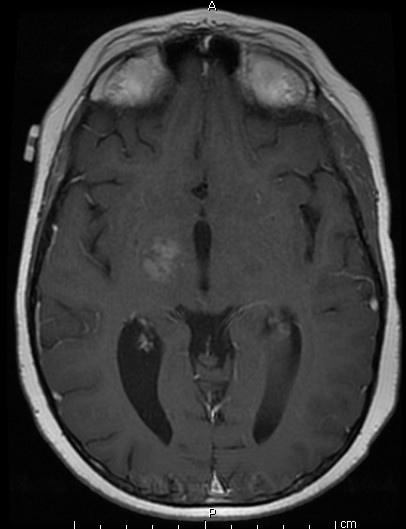 Enhanced axial T1-weighted MRI of an AA: Tumor is seen in right thalamus with mottled enhancement. 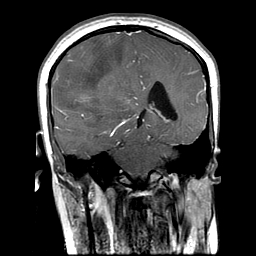 Enhanced coronal T1-weighted MRI of an AA: A large minimally enhancing tumor is seen in the right thalamus. 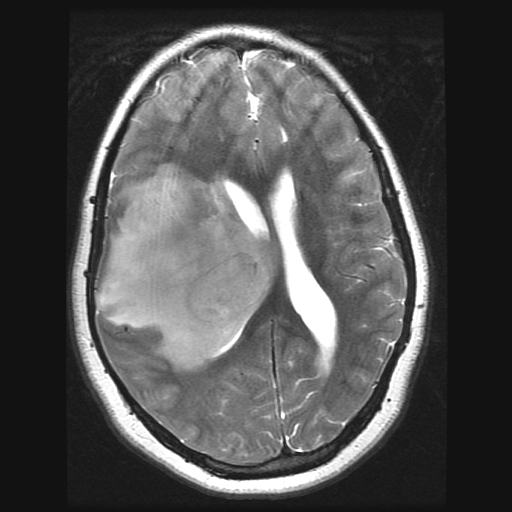 Axial T2-weighted MRI of an AA: Shown is a tumor in the right thalamus with variable signal intensity and feathery edema along its lateral margins. 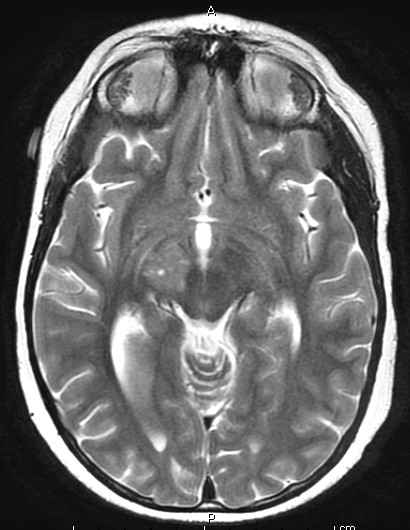 Axial T2-weighted MRI of an AA: Shown is a smaller tumor in the right thalamus with minimal edema and mass effect. 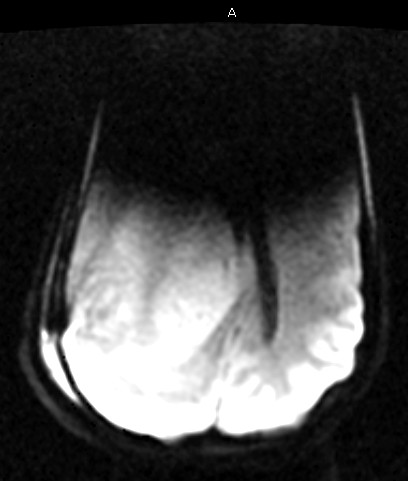 Axial diffusion-weighted image of an AA: Shown is a large tumor of the right thalamus that restricts on DWI.

Axial T1-weighted, gadolinium-enhanced MRI of a GBM: Shown is a tumor in the left insula with irregular ring enhancement and central hypointensity consistent with necrosis. 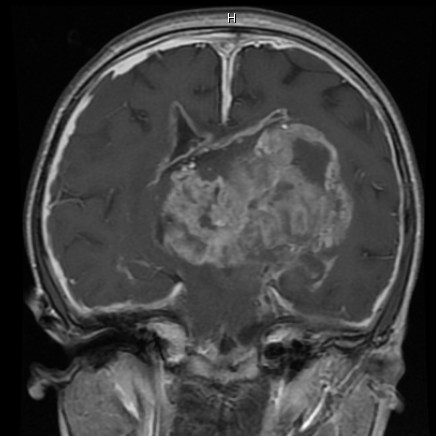 Coronal T1-weighted, gadolinium-enhanced MRI of a GBM: Shown is a central tumor involving the diencephalon bilaterally with irregular enhancement and multiple cysts.

Axial T2-weighted MRI of a GBM: Shown is insular tumor shown above in axial T1-weighted image with better resolution of surrounding edema. 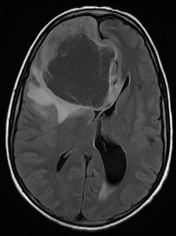 Axial Flair MRI of a GBM: Shown is right frontal tumor in axial CT scan with better resolution of solid portion of tumor and surrounding edema and infiltrating tumor.

Axial DWI of a GBM: This is the DWI of the tumor shown in the coronal T1-weighted image above. 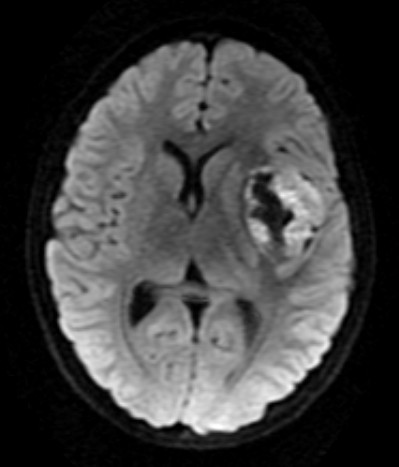 Axial DWI of a GBM: This is the DWI of the insular tumor whose axial T1- and T2-weighted images are shown above. Note that the central area of necrosis does not restrict. 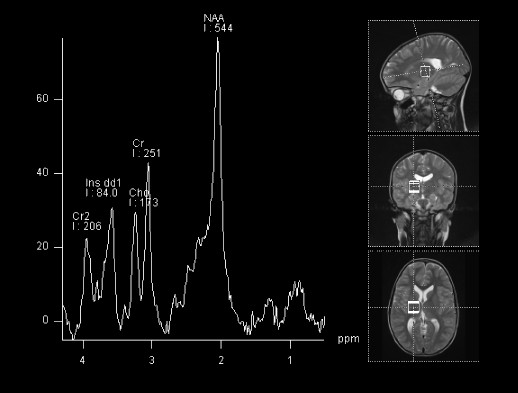 Spectroscopy of same child later in his course: At the time of this scan the child’s weakness had become significant. Note the significant rise in choline, drop in NAA, and large lactate peak.

Spectroscopy of child with GBM: This MR spectroscopy was done on child whose T1-weighted scan above showed a left-sided thalamic GBM. Note the high lactate peak seen in supratentorial HGGs like this GBM.

fMRI of verbal function: The patient is a 12-year-old right-handed girl with left temporal-thalamic AA.

DTI of motor fibers: The patient is a 12-year-old right-handed girl with left temporal-thalamic AA whose fMRI is seen immediately above.