T2-weighted axial MRI of a patient with Moyamoya Disease: A six-year old boy with transient weakness of both limbs, more prominent in the right side. T2 weighted images show poor visualization of bilateral middle cerebral arteries and multiple small infarcts at the centrum semiovale. 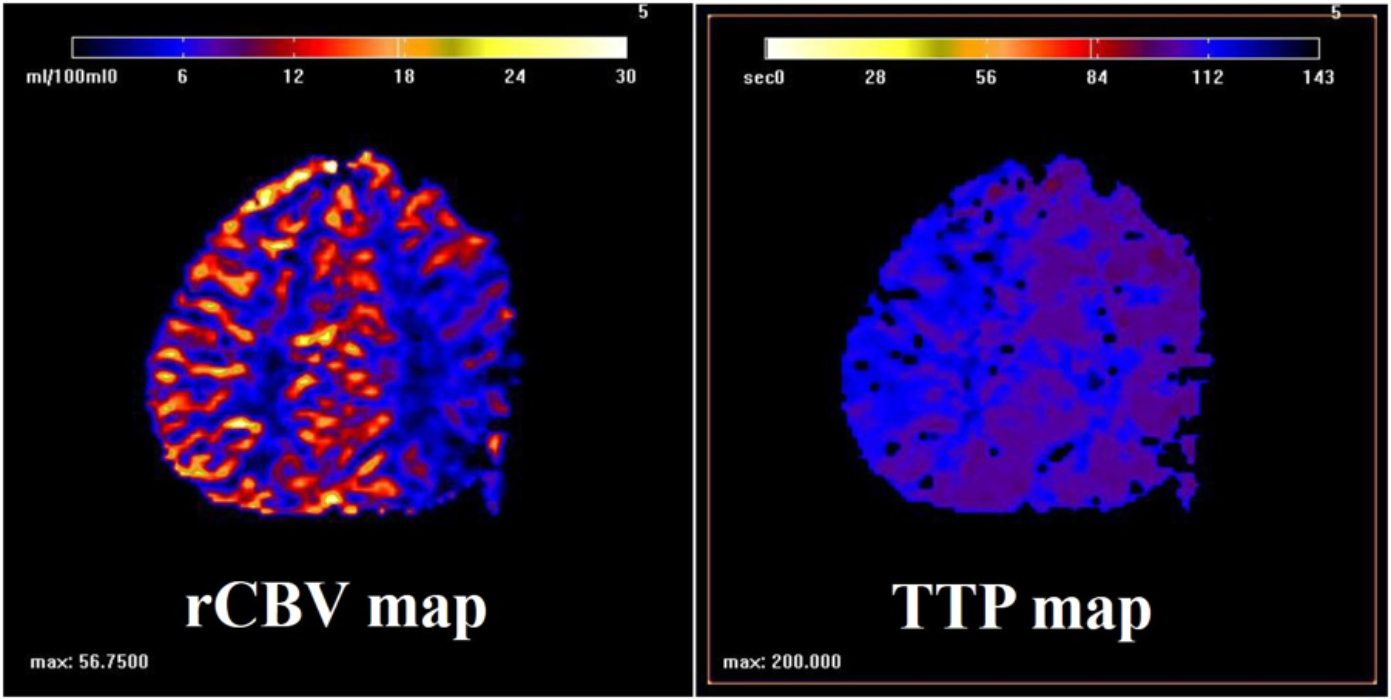 Perfusion MRI : This patient with transient weakness of the left limbs without cerebral infarction shows increased cerebral blood volume and delayed time to peak in the right cerebral hemisphere and medial aspect of the left hemisphere. 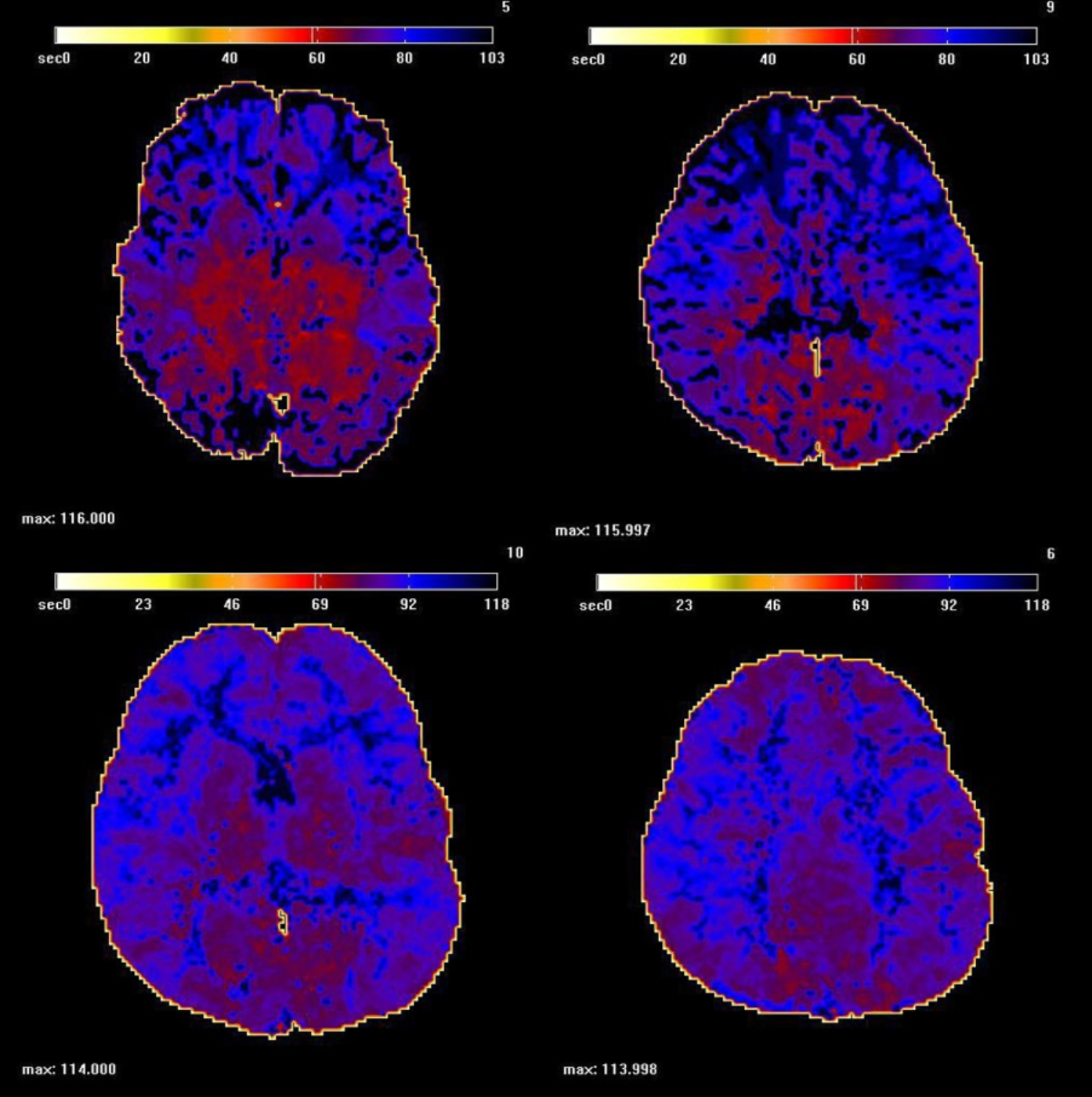 Pre- and postoperative TTP map of perfusion MR : This map shows the same patient as shown in MRI above. Preoperatively perfusion MR shows markedly delayed time to peak in the area of anterior circulation in both sides (upper). At 2 months after indirect revascularization (left STA EDAS and bifrontal EGS), time to peak is much shorter than before surgery at the sites of revascularization (lower). 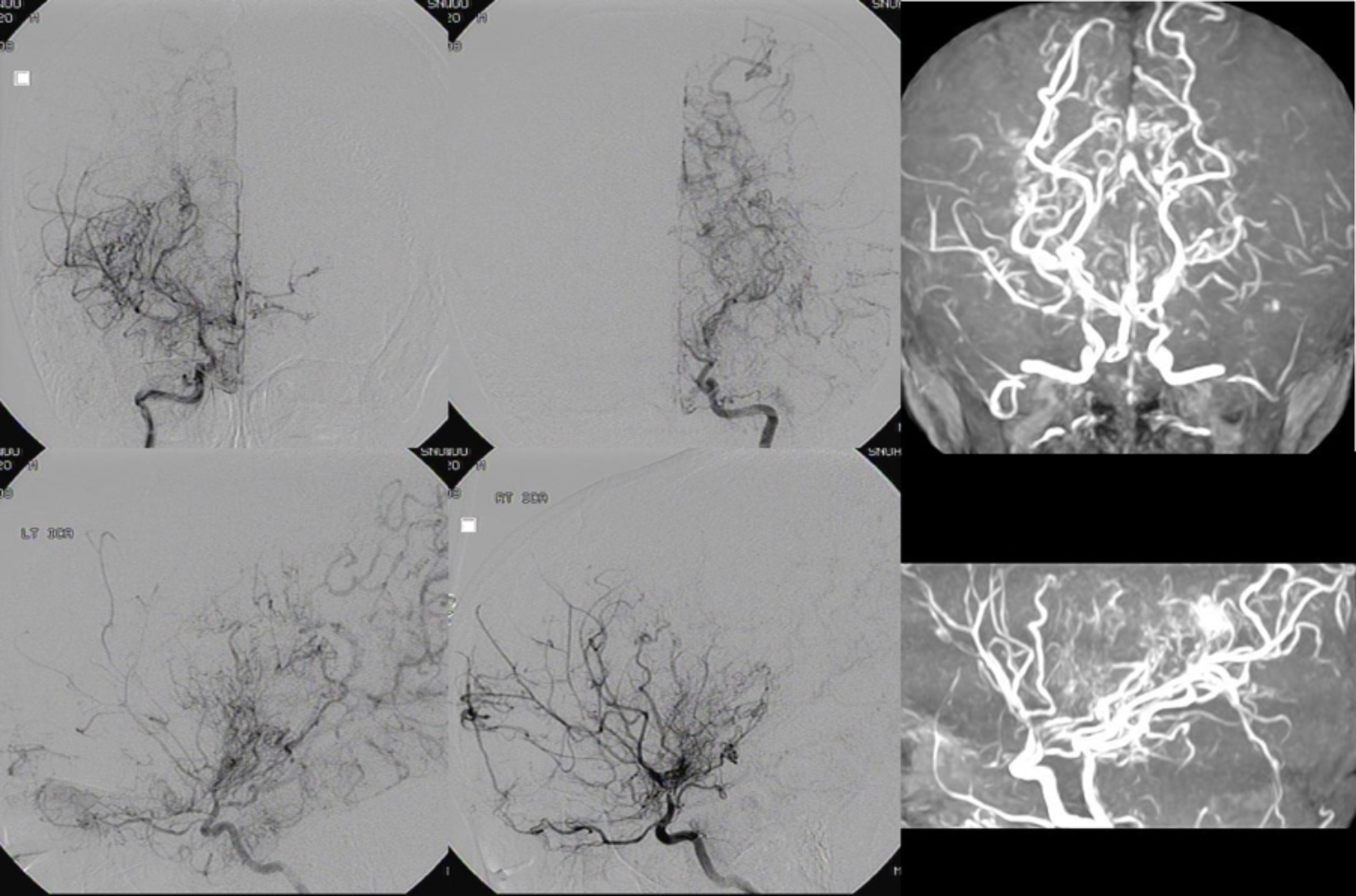 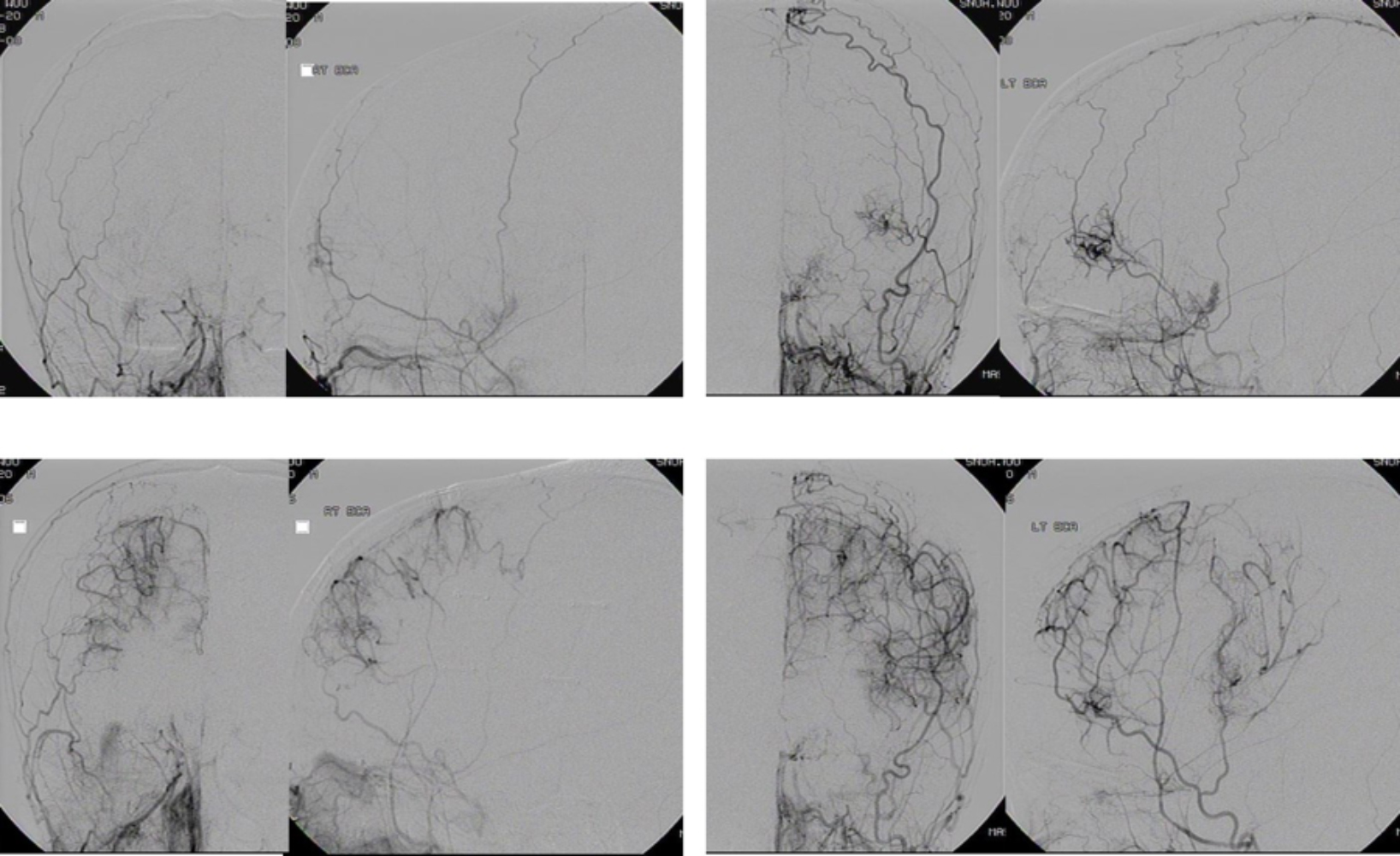 SPECT with an acetazolamide challenge and less commonly PET are commonly used tools for the evaluation of cerebral hemodynamics. 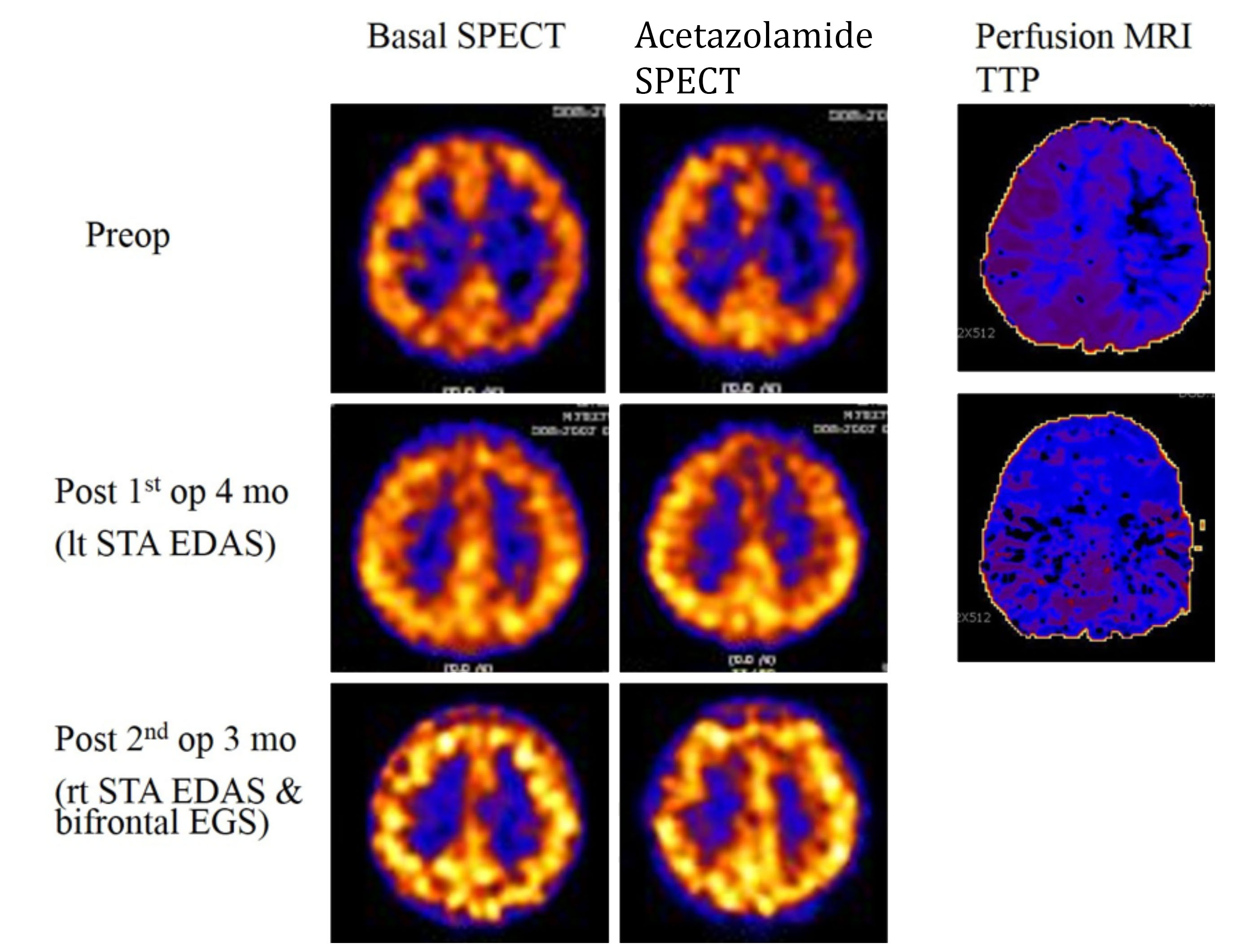 Pre- and postoperative brain SPECT and comparison perfusion MR: This patient’s (who experienced a transient weakness without infarction in the right limbs) SPECT scans demonstrate a decrease in vascular reserve for the left hemisphere before revascularization surgery (upper row). At 4 months after the first stage of indirect revascularization surgery (a left STA EDAS), the abnormal findings were improved at the site of surgery even though there is a persisting ischemia in both medial frontal areas (middle row). At 3 months after the second stage of indirect revascularization surgery (a right STA EDAS and bifrontal EGS), SPECT shows normalized vascular reserve (lower row).