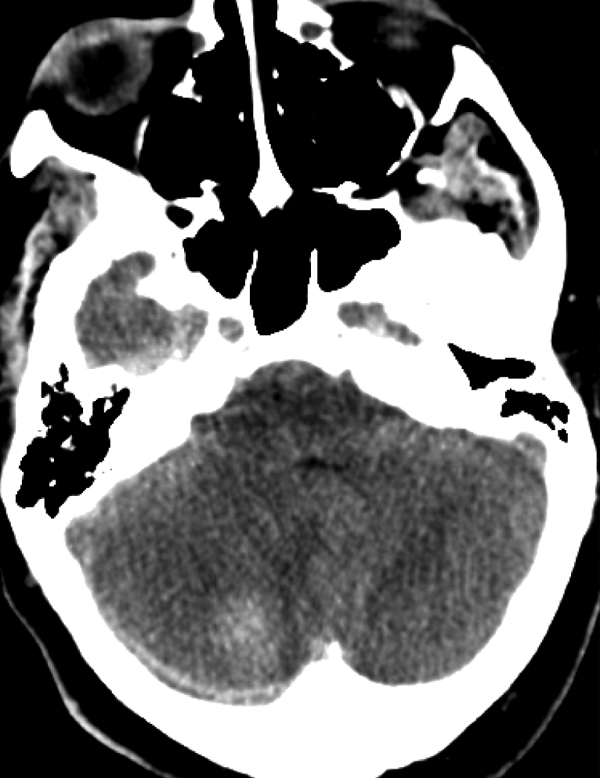 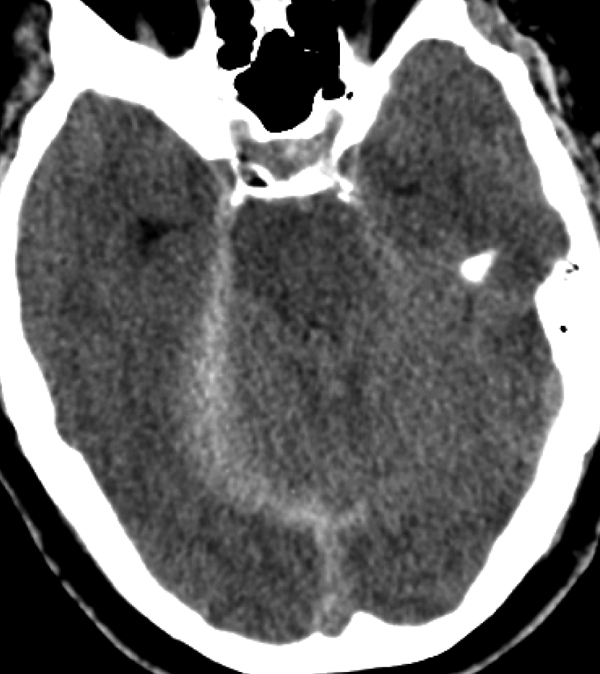 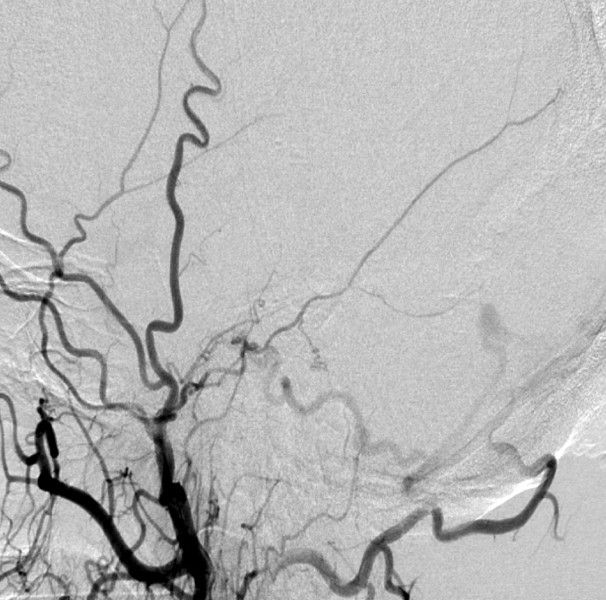 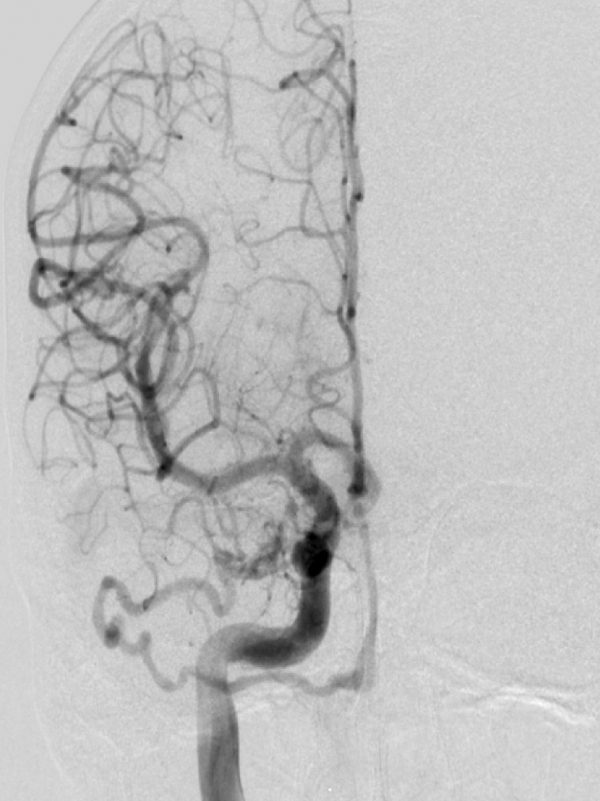 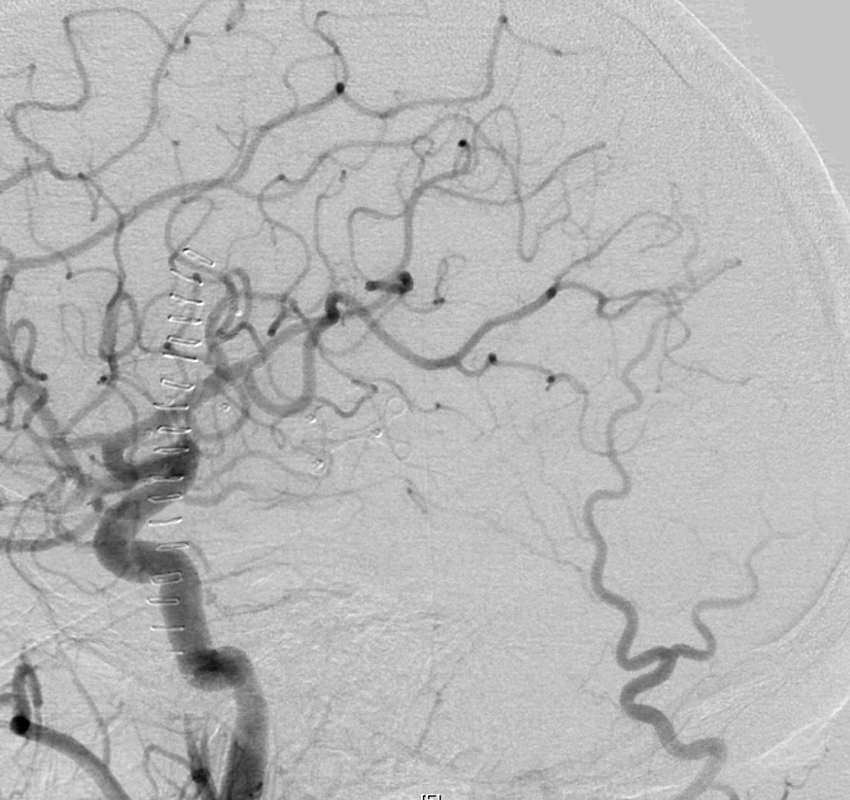 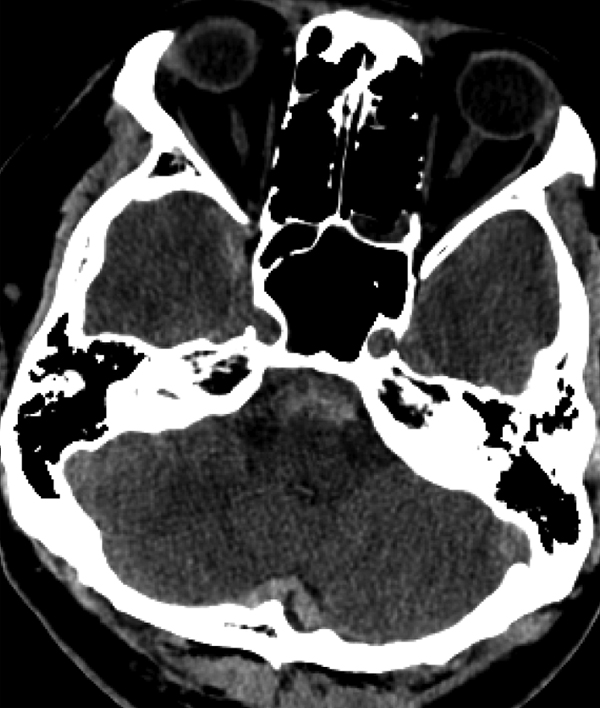 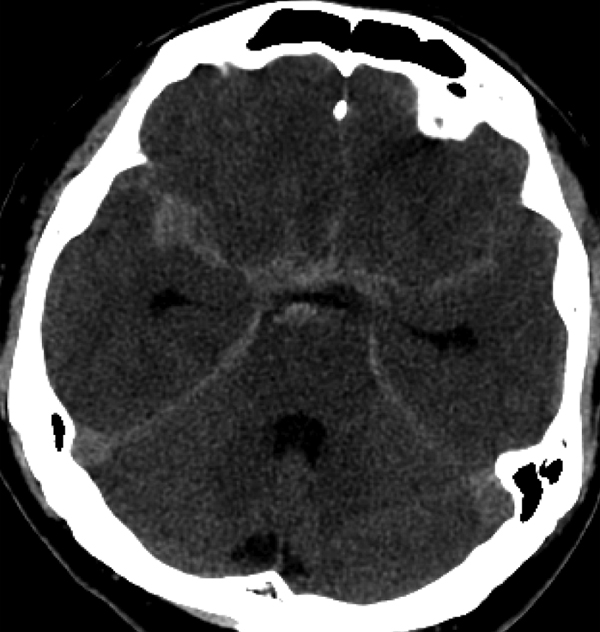 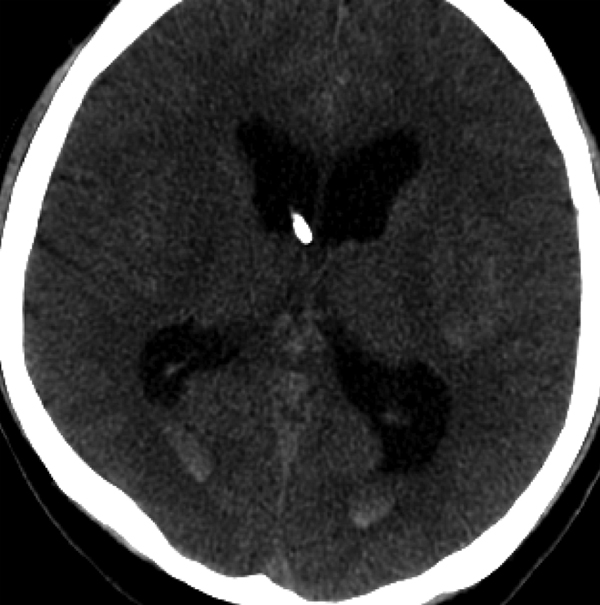 Axial CT showing EVD Catheter: Due to the presence of acute hydrocephalus an external ventricular drain was inserted 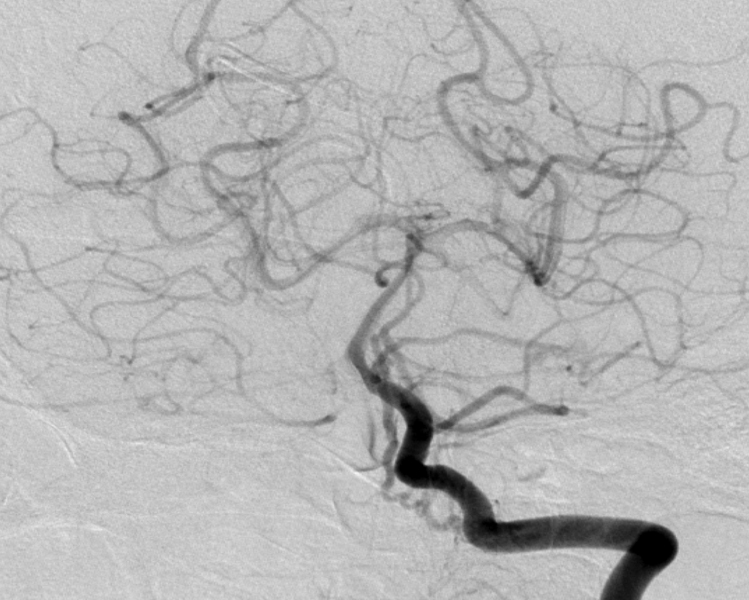 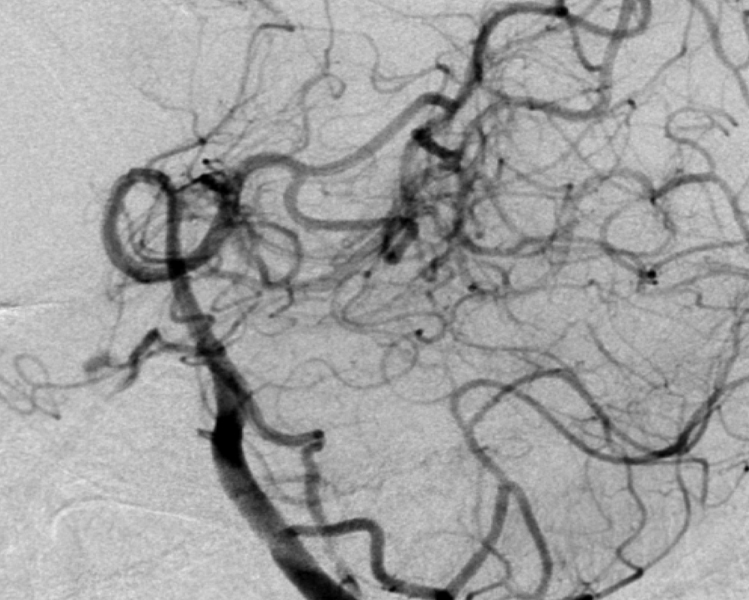 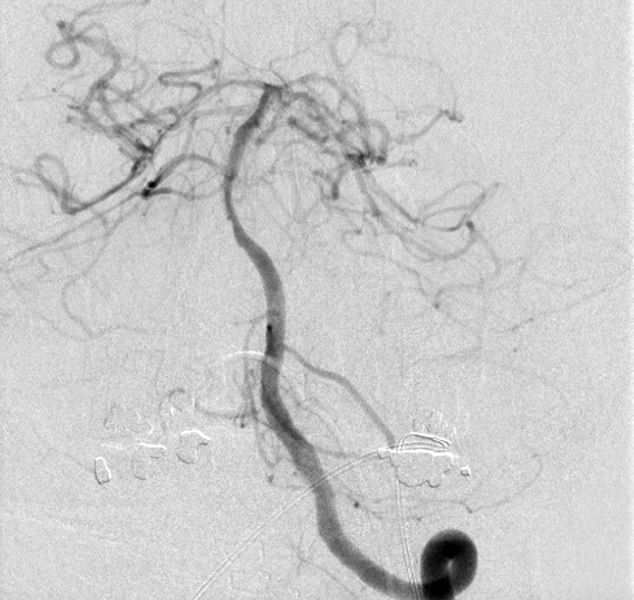 Left Vertebral Artery, AP Projection, Arterial Phase: The patient underwent a suboccipital approach and ligation of the draining vein with complete obliteration of the malformation. No fistulous connection can be identified any longer 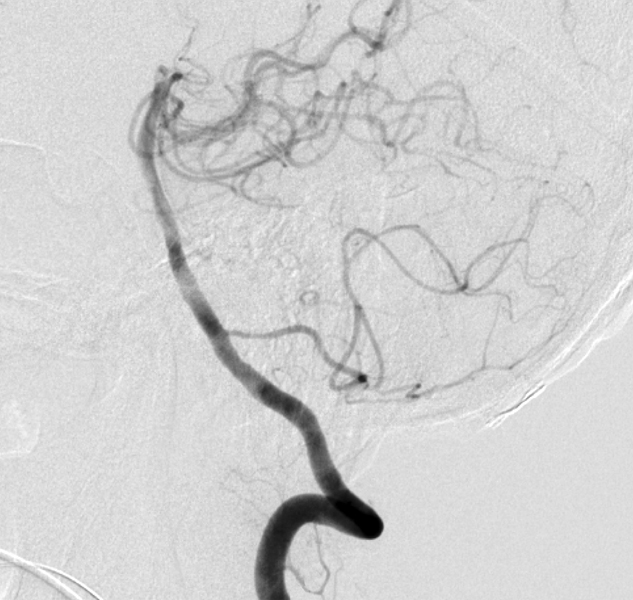 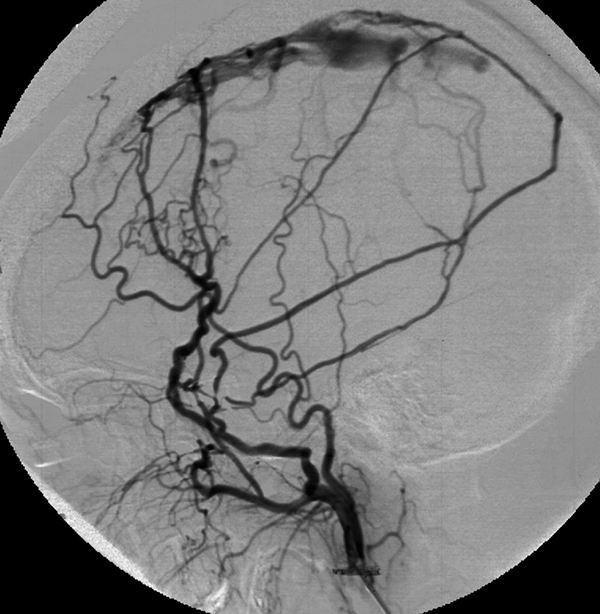 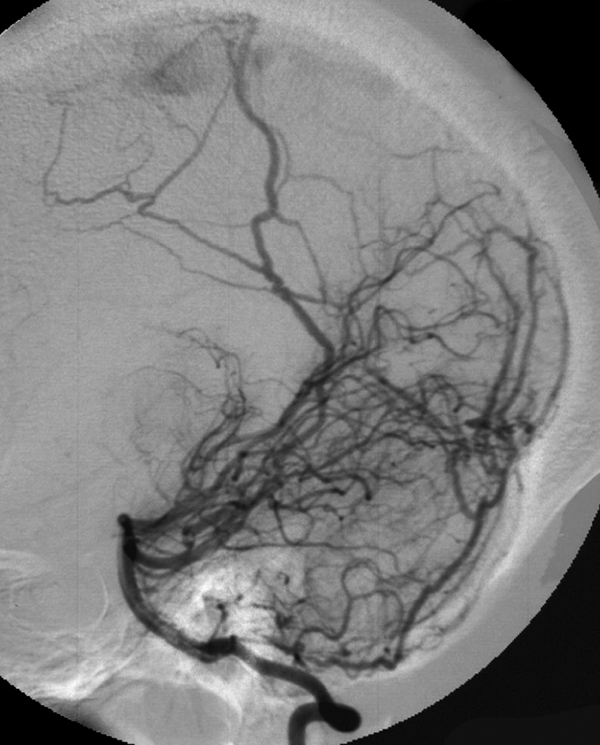 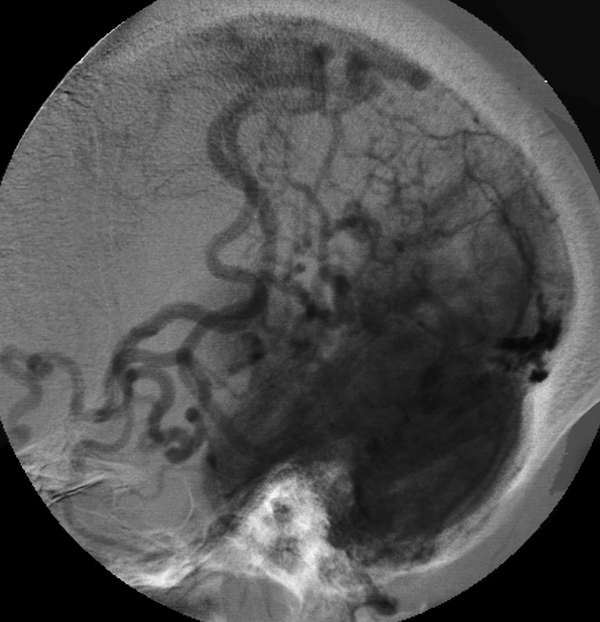 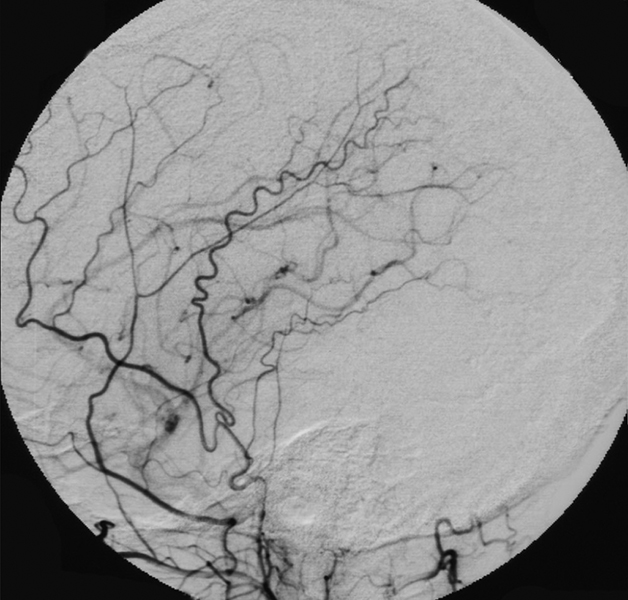 Left External Carotid Artery Injection, Lateral Projection, Arterial Phase: A staged endovascular and surgical procedure was needed to obliterate this malformation. Packing of the superior sagittal sinus was performed. After multiple procedures, complete obliteration of the DAVF was achieved 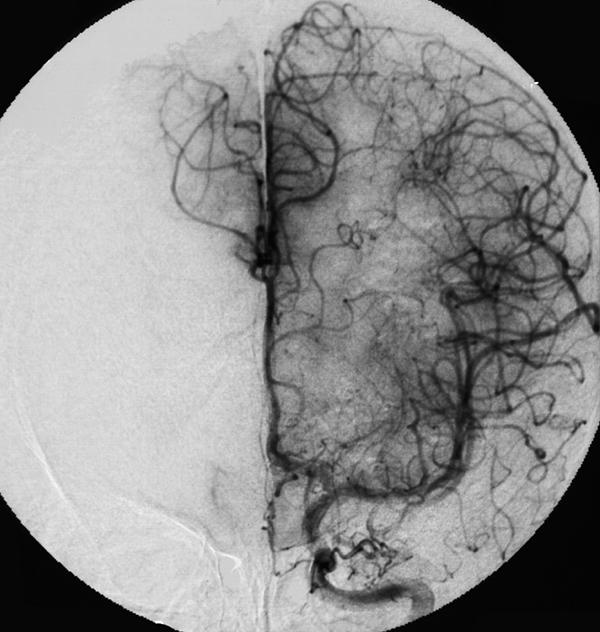 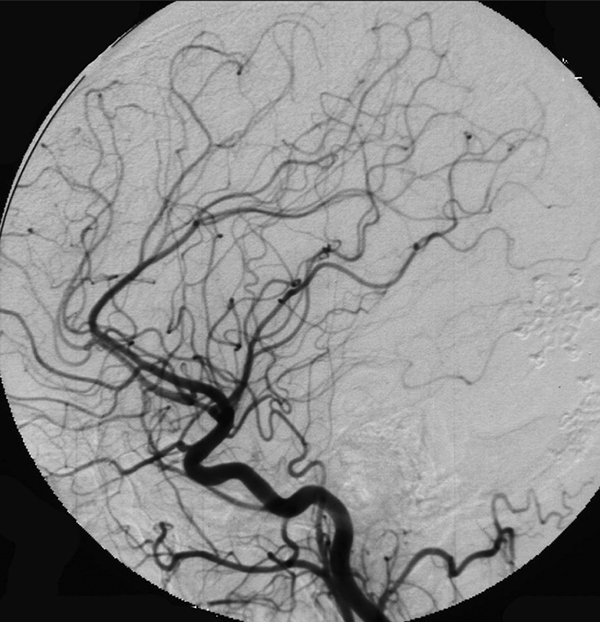 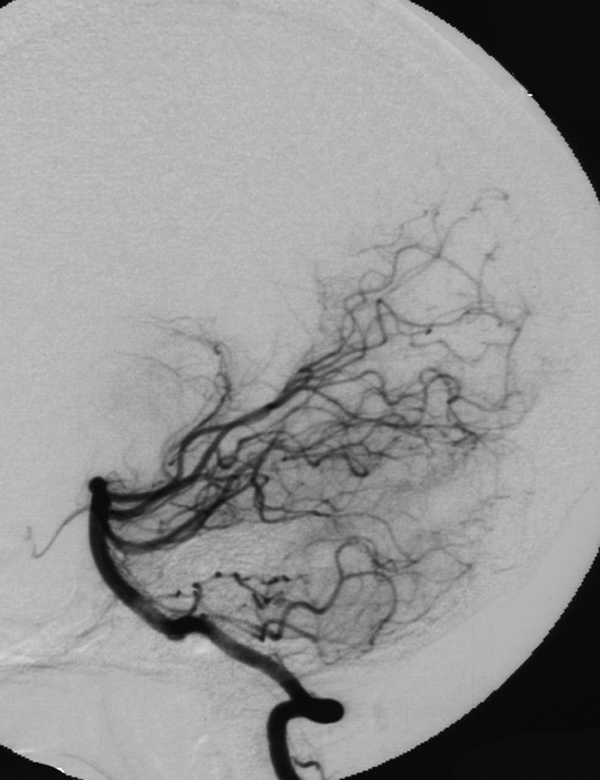 Left Vertebral Artery Injection, Lateral Projection, Lateral View: After treatment previous branches of the posterior cerebral artery that were feeding the DAVF are no present