Normal CSF Circulation through the aqueduct

Normally, there is a to-and-fro movement of CSF through the aqueduct that results from the pulsatile forces of blood circulation in the brain with a net outflow of CSF from the brain that matches CSF production.

Anatomy of the aqueduct and its obstruction

In recent years, neuroendoscopy has added further knowledge about the anatomy of the cerebral aqueduct in vivo. Longatti et al. (70) well described the endoscopic anatomy of the sylvian aqueduct as it appears when approaching it with a flexible fiberscope through the third ventricle (70).

Stenosis of the Aqueduct at its inlet

Stenosis of the the inlet of the aqueduct (to left of center at 8 o’clock).

Stenosis of the distal third of the aqueduct. The endoscope is upside down resulting in a 180 degree rotation of the image. The floor of the third ventricle with a third ventriclostomy is seen at 12 o’clock. A wide opening at the inlet of the Aqueduct is present with its becoming stenotic distally.

Evolution of hydrocephalus due to aqueductal stenosis

The aqueduct may become stenotic because of compression from mass lesions or as consequence of intrinsic pathology (“non-tumoral aqueductal stenosis”). Intrinsic aqueductal stenosis may be congenital or acquired, idiopathic or secondary to a known etiology. Different etiological factors can be identified in approximately only 25% of cases (51).

According to Russell (91), non-tumoral aqueductal stenosis can be classified histopathologically into four types: 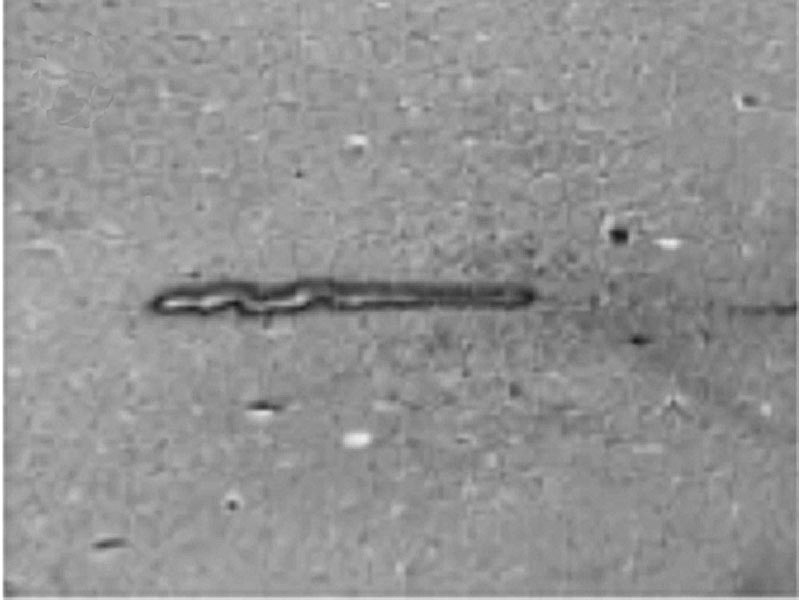 Stenotic aqueduct: Note that cells surrounding the aqueduct are normal 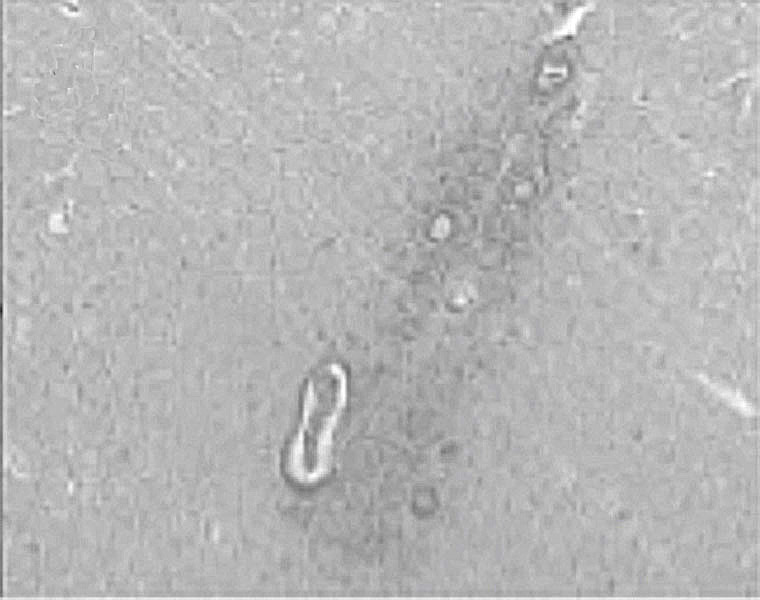 Atresia and forking of aqueduct: Note that more than one lumen is present 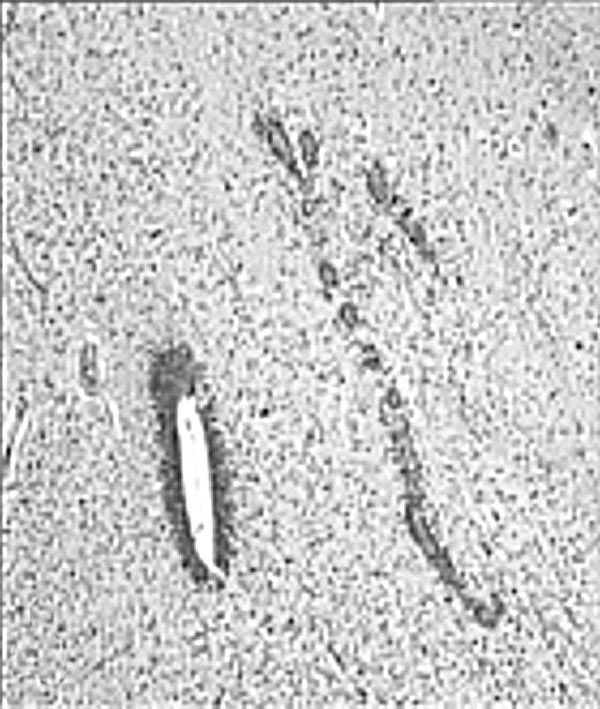 Gliotic stenosis of aqueduct: The lumen of the aqueduct on the right is lined by a thin layer of normal ependymal cells with a thick layer of gliosis below