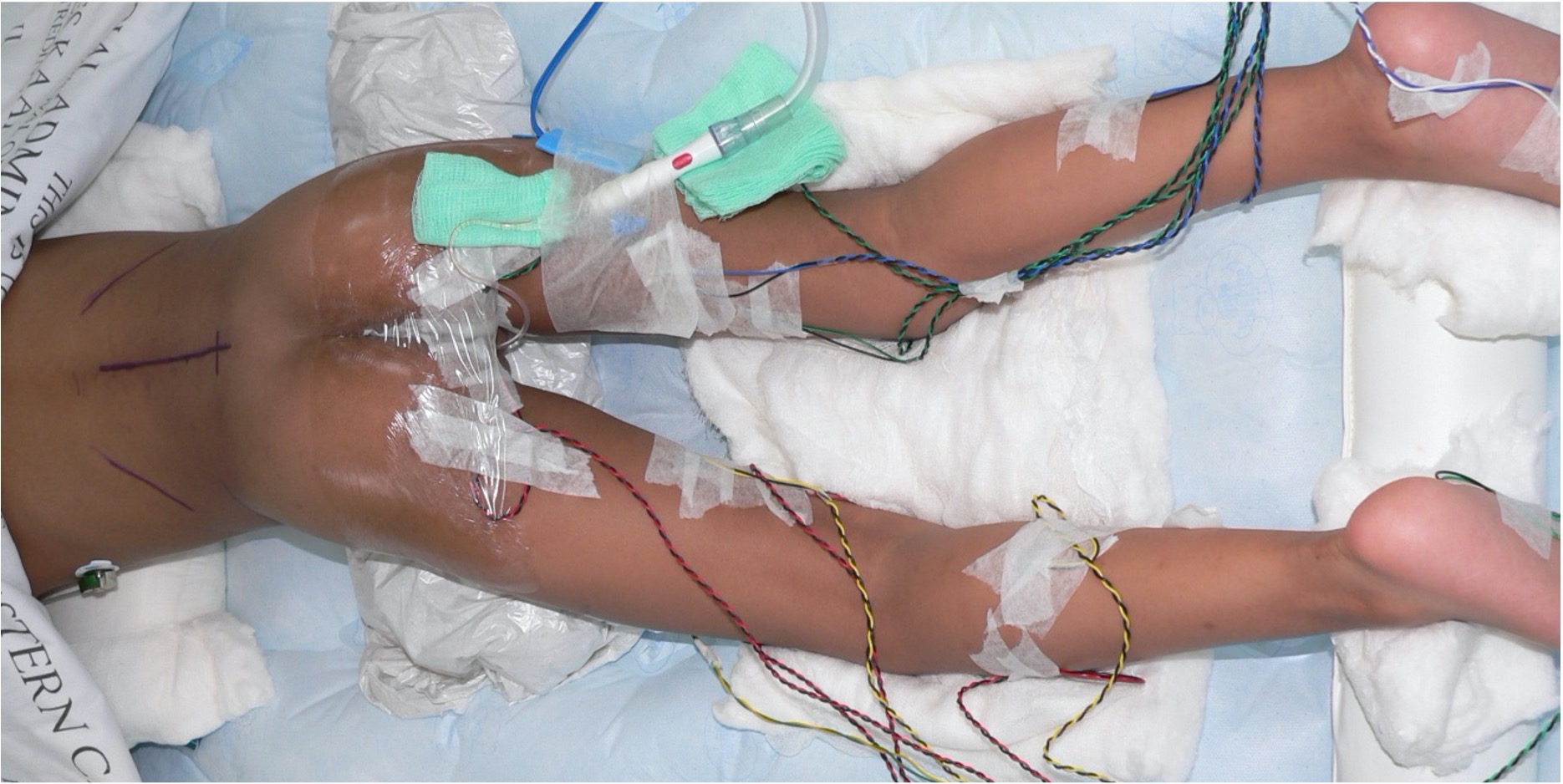 Confirmation of the Level of Opening

There are two categories of approaches for the modern SDR:

Multilevel vs. single level exposures. On the left is the multilevel laminectomy approach where the spinal canal is exposed for four or more levels of the lumbosacral spine.. On the right is the single-level exposure at the level of the caudal end of the conus (32).

The benefit of the cauda equina approach is that the level of the root can be confirmed anatomically at the corresponding exit foramen. The potential drawback is a longer-segment laminotomy and the need for separation of the dorsal root from ventral root at their exit foramen. 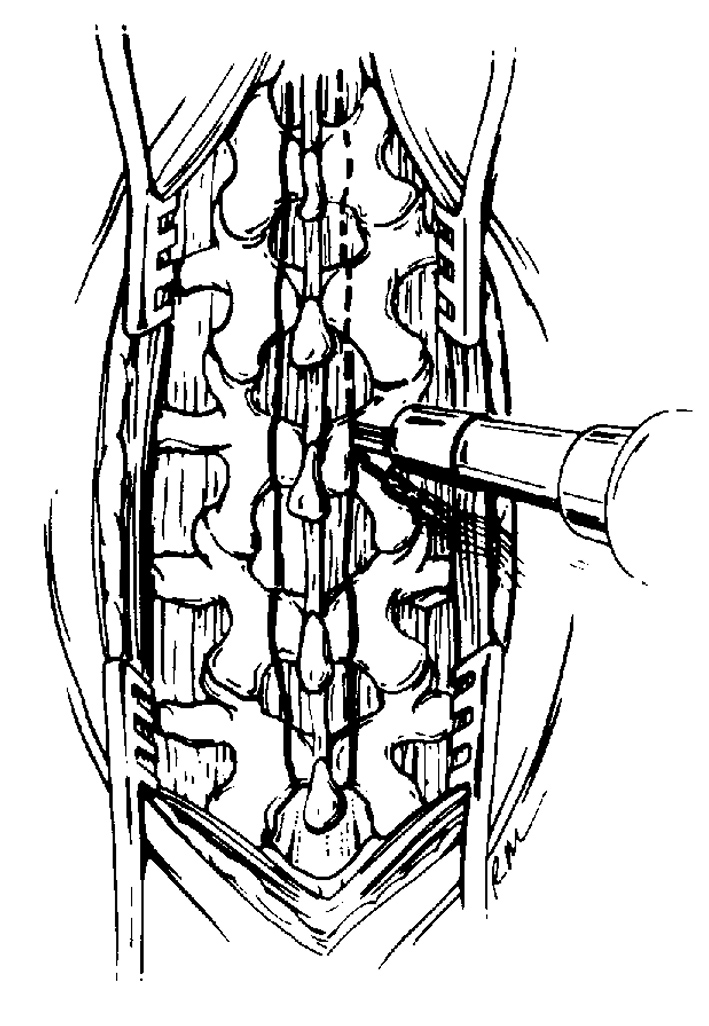 Laminotomy technique used to expose the thecal sac: A high-speed craniotome is inserted into the epidural space at the S1-2 or L5-S1 interspace and used to cut the lamina medial to the facet joints on either side of the spinous process up to the L1-L2 or T12-L1 levels (32).

This approach takes a little longer than the multievel or single level laminotomy approaches but has the benefit of leaving the laminae and much of the interspinous and interlaminar ligaments in place.

KIDr approach from Lyon group (31). Shown is x-ray image of patient after undergoing a KIDr.   Seen are the shadows of laminotomies performed at L1-L2, L3-L4, and L5-S1 interspaces. Arrows point to authors’ drawn positions of nerve roots found at surgery on which the SDR was performed.

The main benefit of this approach is that it allows easier separation between the dorsal and ventral roots as the ventral and dorsal root have not merged at this level yet; a second benefit is the potentially smaller laminar opening required. The drawback is the risk of wrong-level surgery and including the pudendal plexus in the surgery with potential urogenital fall-out. 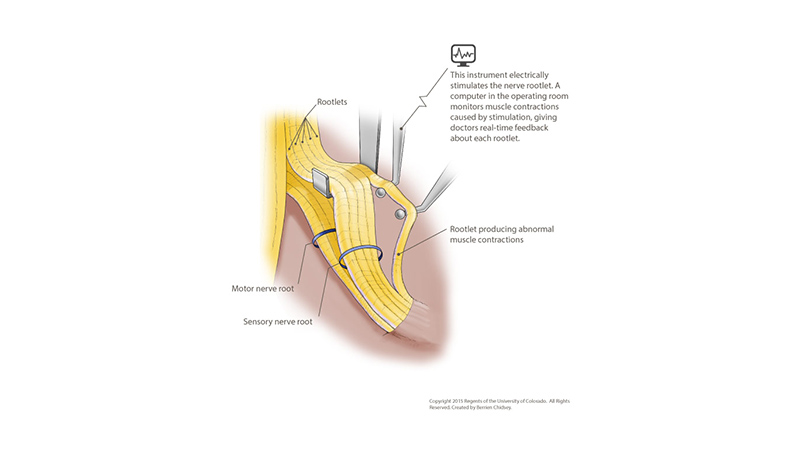 Montreal Protocol. After exposure of the nerve roots, the dorsal (sensory) roots are separated from the ventral (motor) roots at the chosen level of opening (75).

Park Grading of abnormal response to nerve root stimulation. Grading of the motor responses during IOM for SDR, based on the original Fasano principles (4, 19, 38).