The biology of IMSCTs in children leads to a predictable pathophysiology. The typical benign tumor will cause focal dysfunction that evolves slowly, while the unusual malignant tumor quickly involves the entire width of the spinal cord at the level of involvement.

Cervicomedullary spinal cord tumor: The tumor has been directed dorsally due to its rostral growth being blocked by the decussating sensory and motor fibers within the medulla oblongata.

Over the past several decades, the genetics and resulting molecular pathology have slowly come to light for many of the tumors affecting the spinal cord. 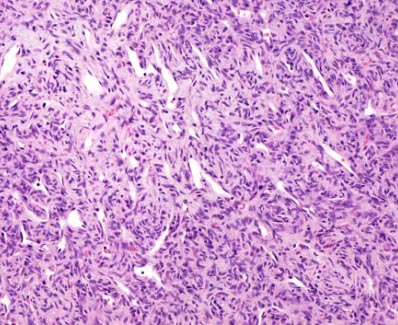